The Challenges of Regulating the Internet 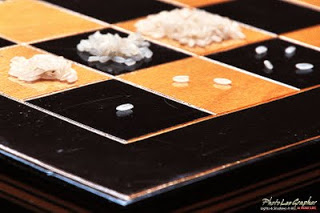 So a very interesting talk from Simon Hampton of Google; followed by good discussions and a fine dinner at St. Johns to boot - well done the Connections team.

Simon made a great point on scale and illustrated it with YouTube statistics amusement - simply put "it's huge". Or to quote a great man and the guide (chapter 8):

"Space," it says, "is big. Really big. You just won't believe how vastly, hugely, mindbogglingly big it is. I mean, you may think it's a long way down the road to the chemist's, but that's just peanuts to space, listen..."

Most folks, including regulators, just don't get how big it is - and headline message from Simon "Regulate for abundance over scarcity" - I liked that.

Simon used the image above (and ancient tale from this blog) to illustrate his point - he reckons we are at square 32 on the chess board and there's 32 more doublings to come; hmm - more faith in Moore's law than I can summon but I'd maybe begrudge him 16; at current rates that's still another 25 years...